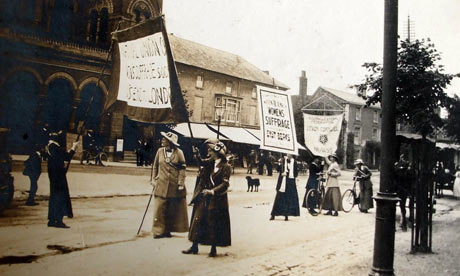 It’s the outbreak of World War One and the entire country is behind the war. Anyone who isn’t, is seen as a traitor. As a woman, you’ve never been allowed the vote, your income is dependant on your husband going to fight, and you will finally be allowed to work at a job you’ve never had before.  It would be foolhardy to stand up and say you don’t agree with this war. Yet that is exactly what many women of the North West did.

As part of our research for our World War One plays, the writers group met academic Dr Alison Ronan and filmmaker Sue Reddish who are working on a project about the women’s peace movement during the war. It was fascinating to learn about this as it opened our eyes to a whole chapter of the war that’s effectively been written out the history books.

These women were of all of different classes and different backgrounds- some from faith groups, some pacifists, and many from the suffragette movement, which was at its height as war as declared.  In fact the war split the suffragettes. Emmeline Pankhurst’s ‘Workers Social Political Union’ supported it, in return for the government agreeing to the women’s vote once victory was achieved. Sylvia Pankhurst and other groups who had always been opposed to violence, weren’t prepared to use the conflict to get what they wanted.  The Pankhurst family was deeply divided over the matter and the rift never healed. The women who opposed the war were seen as dangerous troublemakers but despite this they continued to meet in secret, wrote open letters, started newspapers and travelled to Europe to make their voices heard.  Many lost family, friends and social position through their stance.

It was interesting to put ourselves in their shoes and wonder if we’d be brave enough to do the same today.  Hearing about these women, enabled each of our writers to see how the moral dilemmas of the day could affect their dramas. It also inspired us to think of the women of WWI in a more complex way-  Now the next stage for us is writing sections of the plays for a public rehearsed reading in early July inspired by our research. You can see more of Ali and Sue’s work here: http://www.archivesplus.org/news/pacifism-suffrage/