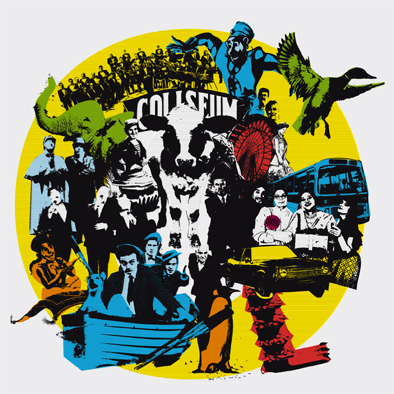 We are thrilled to announce our Autumn/Winter 2014 – 15 Season which includes four inhouse productions, two world premières and a diverse range of comedy, music, horror, drama and family entertainment.

We open with an unruly school trip in Our Day Out: The Musical by Willy Russell, author of Educating Rita and Blood Brothers.

We are then delighted to be collaborating with the award-winning comedy duo Lip Service on their brand new play The Picture of Doreen Gray.

Later the mood changes as the house lights dim for an adaptation of The Mist in the Mirror by Susan Hill, author of the hugely popular The Woman in Black.

And at Christmas time we will be thrilling audiences both young and old with our award-winning traditional pantomime, this year Aladdin.

Our inhouse programme is supported by some of our favourite touring companies. Rifco Arts (Break the Floorboards, Britain’s Got Bhangra) take to the Coliseum Stage to hold a surprise party in Happy Birthday Sunita and after the success of The Holly and the Ivy last season Middle Ground Theatre are returning to the Coliseum with Richard Harris’ pyschological thriller The Business of Murder.

We have also included a fantastic variety of one night performances including comedy, flamenco, opera, brass bands, drama and much more.

To see what we’ve got coming up over the next nine months click here.

Find out more about the Coliseum’s Season Ticket here.